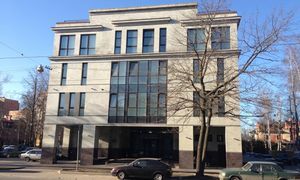 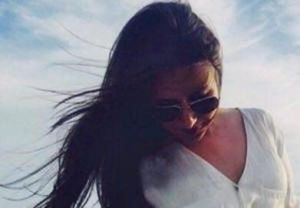 This page was started semi-seriously, as claims were disbelieved. It includes internal use of trolls in Russia, Shaltai-Boltai, and some half-serious general commentary. After Mueller indictment on February 16, 2018, a more robust section 'Internet Research Agency' (below) was added.

"Nashi" was a mass youth movement whose main role was, apparently, to support Putin reelection in 2012. Yakemenko is a leader, Krystina Potupchik a press secretary and a social media starlet. It appears that Surkov played some role on the Government side. A pro-Putin video illustrates the visual aspects of the approach. The movement has some success as a mass youth movement supporting reelection, and was not more than that. Opposition was critical/skeptical/ironic of the whole idea. In 2013, the movement was essentially closed in that form (as reflected in Russian Wikipedia), although there was no well-publicized announcement. Some projects, like Seliger, continued past 2013.

Marat Mindiyarov, one of the first self-confessed “trolls” to speak to Western journalists about his work, told The Moscow Times that he was detained by police late on Sunday for allegedly making a false phone call about a planted bomb in a nearby village, a charge he denies. [...] Mindiyarov was released after being questioned at the police station late on Sunday. He faces up to five years in prison for resisting a police officer in November 2017, a charge he denies.

Two 'Russian Influence' Campaigns Claim Victory - One Is Real, The Other One Fake- MoA, November 8, 2018.

MoA take, I gather (after some sloppy reading) is that proudbear is genuine in-your-face parading-the-troops 'GRU', while usaira is a fake. I have no idea, both are kind of cheap and can have either anti or pro Russian origins. Proudbear source code has Russian text which apart from making Russia-influenced-Brexit (Wikipedia) claims has a strong message of support to Russian journalists fighting authoritarianism and corruption. Anybody can pretend to be anybody, yes, but the first natural impression is that this is created by Western-based Russians advancing pro-Remain message of their sponsor, as well as supporting journalists -from the heart (with cheering up embattled GRU as an alternative explanation). Disclosure, I am pro-Remain, at heart. usaira, seems too boring/crappy for me to really care who is playing this game, again could be demotivating-the-West trolling originating in Russia, or scaremongering from USA aimed to support continued search of 'Russia's interference'. Quick checking:

usaira.ru domain registration lists Azimut, LLC as site administrator. A possible Azimut, LLC has Aslanov as CEO; this is on US Treasury sanctions list.

Noted, Nostrovia! in proudbear ending is incorrect +misspelled; perhaps by intent; na zdorovie, eg - thanks, the dinner you cooked was delicious -you are welcome! na zdorovie! vs. za zdorovie! (toast, let's drink za zdorovie --to health! lehaim!).... And Novichok to follow is pure trolling...

'Internet Research Agency' was among those indicted by Mueller on February 16, 2018

A company on Savushkina, 55 is called 'Glavset', its CEO , Mikhail Ivanovich Bystrov, is named in the Mueller indictment. There is another internet/media/IT company in the same building, NEVNOV. (All of that may be of no relevance to anything).

Mueller, (36). Examples of those twitter posts here. This comes as part of conspiracy to defraud the USA charge, and so seems to be about dishonest/fraudulent interference with elections, here misrepresenting themselves as Tennessee GOP (but being Russian, or foreign, does not seem to be relevant in a charge under this statute). Here is expanded version of the statute; there is no mentioning of foreign element, but from the precedents we have that ... it also means to interfere with or obstruct one of its lawful governmental functions by deceit, craft or trickery, or at least by means that are dishonest.

There were instances when several Russian bloggers made claims that either high traffic of their competitors was 'bought', or they received unnatural number of 'dislikes' for their 'incorrect' posts, or that somehow that their own traffic was 'stolen' No idea how the latter works; as for buying 'likes' or buying traffic there seems to be a market place for doing so, at least in the Russian segment.

Related matter (earlier raised by Petri), how do they know who controls particular user accounts and/or troll farms? Especially since this is happening in a market place, and those farms or users can be bought and sold? Like for example, with 'Tennessee GOP' above, who was actually controlling it? (I did not get that bit, reading my way through the document , and it may get interesting once it's required to prove the assertions)--Resup (talk) 10:16, 24 February 2018 (UTC)

Judge Dabney Friedrich has ordered Mueller to stop pushing such stories because they’re unfair to Concord Management and Consulting, another Prigozhin company, which astonished the legal world in May 2018 by hiring an expensive Washington law firm and demanding its day in court. Contrary to internet chatter, Friedrich did not offer an opinion as to whether the IRA-Kremlin connection is true or false. Rather, she told the special prosecutor to keep quiet because such statements go beyond the scope of the original indictment and are therefore prejudicial to the defendant.

Other sources (not Mueller)

A second report was commissioned by the Senate and released together with the Oxford one, by a group named "New Knowledge". It goes through the same data with no results worth mentioning. Interestingly enough, this group's leader was involved in "experiments" testing the alleged Russian Troll methods in real life, in local elections in the US, as the NYT reports on the same day the two reports are released. --CE (talk) 16:25, 23 December 2018 (UTC) A week later the after-action report about the Alabama operation, which the NYT had seen for their article, gets leaked. --CE (talk) 07:15, 2 January 2019 (UTC) 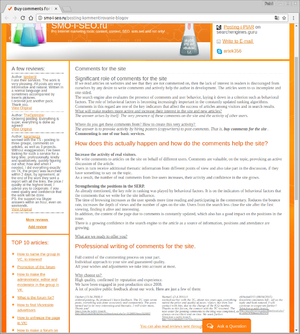 Radio Liberty did discover something, but it's quite the opposite from an ominous troll army which works around the clock to convert the entire world to a Putin-based religion. They found a search engine optimization (SEO) company, likely subcontracting for a political consultancy firm.
Considering the extremely low impact of such posting, the goal appears to be not to convert public opinion, but rather search engine optimization (SEO): search engines such as Google crawl the web for keywords and links, which are then used to give weight to certain web pages when search terms are entered.

Buzzfeed in 2018 discusses how a Baltic web site bought comments from a Russian S-E-O company. The article calls this activity a Russian "Troll Factory".

Video material. Announcer: "deployment of anti-missile shield in Europe is nothing but an attempt to neutralize nuclear potential of other countries, primarily Russia". Putin: "we have said many times that Russia will take necessary steps in response".

If every single word of that is true, still this is probably a cartoon (or somewhat inferior) version of how Western media operates anyway. Brief sketch of the argument:

...Much of the news people read or watch on television is manufactured by PR firms and specialists, rather than discovered by journalists...

I don't think social media is really placed out there for the benefit of the flow of ideas. It is an advertising net run by major players, governed by profits, on one side, and a self-propelled information collector on the other. Putin will know a thing or two about the latter. So does Snowden and co. The rest of all that works in less obvious ways, as some sort of self-focusing optics to increase traffic and profit of a few players in that game at expense of others. For example, why exactly is that Anatolii Sharii is getting 20 thousand euros per month out of youtube (as he bragged in one of his videos--I did not bother to save it). He is alright, no complaint here, but somebody else may be alright or even better too, yet lucky to generate 20 pesos per year. Marketing schemes and laws (on copyright, etc) are designed by corporate giants are for their profit, not for promoting truth. As a result, content is not judged by its truth or its depth, or making anything better, but rather by some coherent noise (or groove) they are all making. One step out of there and you are in nowhere. --Resup (talk) 04:45, 29 December 2015 (UTC)

... and this is even without worse and obvious sponsorship phenomena like Bellingcat (we discussed the latter elsewhere)... 'Putin trolling', if that exists, needs to be seen in this overall context, not as an isolated 'Russian horror/Putin bad/we good' story as it is presented in Western corporate news. Not seeing that broader context and focusing on their assignment in those Putin trolling reports by itself illustrates how things work (horror stories will sell, but no corporate moneys will be made by saying and we are bad too). --Resup (talk) 13:12, 29 December 2015 (UTC)

Mueller Indictment - The "Russian Influence" Is A Commercial Marketing Scheme "The published indictment gives support to our long held believe that there was no "Russian influence" campaign during the U.S. election. What is described and denounced as such was instead a commercial marketing scheme which ran click-bait websites to generate advertisement revenue and created online crowds around virtual persona to promote whatever its commercial customers wanted to promote. The size of the operation was tiny when compared to the hundreds of millions in campaign expenditures. It had no influence on the election outcome"

On September 21, 2016, veterans today unloads something titled "Russia Govt. Report: Snowden, Greenwald are CIA frauds" , with some text of unknown provenance and more links inside (on the topics of court corruption and stuff about journalists covering the above mentioned persons). No way for me to know who is planting what on whom here so I stay out of this --Resup (talk) 15:28, 27 December 2017 (UTC)

A lot was happening lately with censorship, and was not covered here. The latest anyway on this front, it was reported that Anatolii Sharii facebook page, with 278 thousand followers, was 'deleted without an explanation'. At present the page appears to exist, with Sharii on youtube (1.5 million subscribers, 2090 comments on that video posted today) doing some victory fist-raising and telling on substance that facebook 'apologized' and that 'the page will remain blocked' (yet visible) but 'we will find a way to upload new videos. (PS. This note is on freedom of expression & censorship side of things, not on his merits or demerits). --Resup (talk) 23:31, 27 August 2018 (UTC)

According to http://www.europeanvalues.net/rt/ , it includes: