Cookies help us deliver our services. By using our services, you agree to our use of cookies. More information
Help

An-225 landing video
There is only one such plane flying. Another one is 70% assembled, its construction stopped with the collapse of the Soviet Union. It still rots at the yard of Antonov plant (photos) 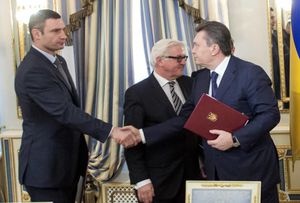 This category has the following 11 subcategories, out of 11 total.