For further details and discussion, see the talk page. (To see what is hot, see recent changes)
For previous speculation, see 2022 Russian invasion of Ukraine speculation 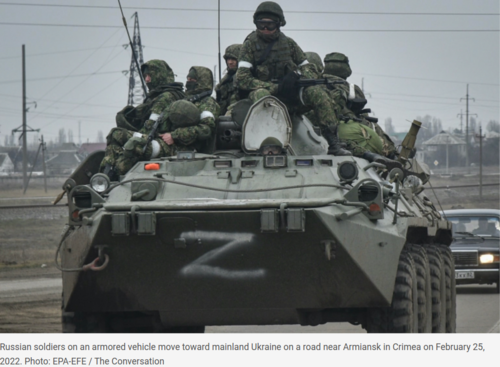 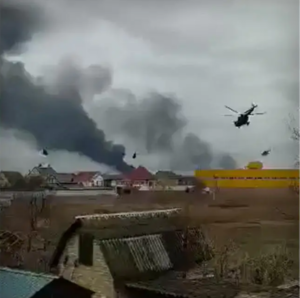 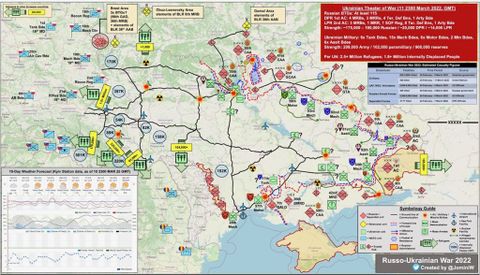 Theatre of War, March 11 according to @JominiW. See also map by DragonFirst

Ukrainian losses estimates quoted by Russian sources are in the range 100-400 thousand in "irreversible losses" .

Russian losses, not known; an estimate by Kvachkov, "more than in Afghanistan" (Soviet losses in Afghanistan, 40K; it is unclear what are his sources, and what losses he claims to describe, killed/wounded/departed. In the early stages of the operation, there were no legal consequences of breaking the contract, and those "500" numbers were said to be significant. Direct losses in early stages of operation could be significant, but no reliable numbers/dynamics. Official toll is way lower.

Kadyrov: in the week of 23 Oct, 2022 one of Chechen units in Kherson region came under Ukrainian artillery fire; 23 fighters were killed and 58 wounded, 4 of them seriously (announcement and discussion -1, 2). 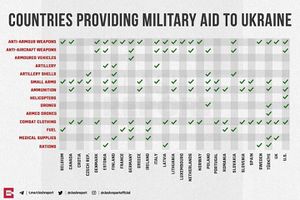 As one senior diplomat puts it: “If you look at all the options, our strategic interest is probably best served in a long war, a quagmire that drains him militarily and economically so he cannot do this again.”

US technology, a longtime tool for Russia, becomes a vulnerability - The New York Times. Free access summary in Rus. here on June 3, 2022.

He sent out his last tweet on April 27, basically reposting a tweet by a former CIA agent captioned “Facts.” The agent’s text reads: "Actually, it started long time ago. We learned this between 2014-2022. Not just now. It was a lab experiment on Russian TTPs [tactics, techniques and procedures]. On the EW [electronic warfare]. On everything. This is why Ukrainians (with our advice/assistance) are doing so well. Ask those in the IC [Intelligence community] or the UW [unconventional warfare] communities. We learned a shit ton.”

*James Gordon Meek should not be confused with a London based journalist named James Meek.

Boots on the ground

Locals reports that Ukraine’s Armed Forces kicked out personnel of natal hospital #1 of the city of Mariupol and set up a firing site within the facility. Besides, they fully destroyed one of the city’s kindergartens.