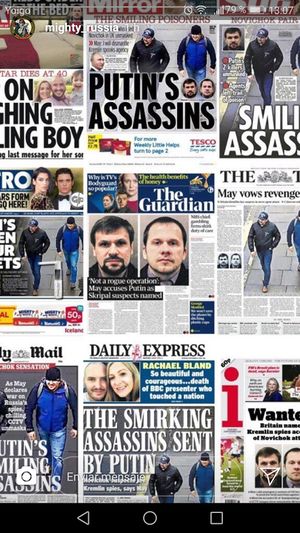 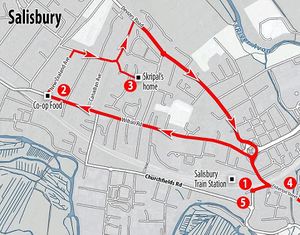 Pathe taken by Petrov and Boshirov according to the Daily Mail. Number 2 on the map is the The Monster Factory gym.

There is a speculation (eg Sharii) that Alexander Petrov #1, who essentially said that he has nothing to do with it, who was covered by media in early September (said to be born 13 July, 1979, said 1, 2 to work as a Head of the site in the Tomsk branch of NPO (scientific-industrial association) "Microgen" - Scientific-Industrial Association "Virion" ) ---is the same Petrov who gave an interview to Margarita Simonian on camera. This is not really clear, but there is a brief audio fragment of Petrov #1 where he says, answering a question whether it is just a coincidence that his name and date of birth being the with the person featured by the British, around 1.11 here: Da konechno Mne by do Altaya doehat, = Yes, of course. I had difficulty even going to Altai (lit. I wish I would be able to go to Altai). By ear, some similarity in voice, inconclusive; probably computer matches will not be very reliable either. --Resup (talk) 10:31, 2 October 2018 (UTC)

Searching for Petrov and Boshirov 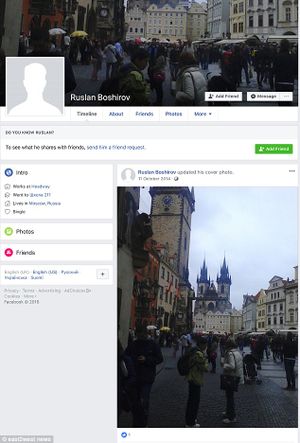 This Boshirov works at Headway company. There is a company with such name in Moscow, involved in pharmaceutical tenders, with 2017 income of around 1 mln USD. Click for more info

Set-up: assume that Petrov and Boshirov are telling the truth. Find evidence of their (civilian, = non-'services') business.

Present status: no clear-cut confirming evidence found so far. Rejecting evidence will not come about in those type of searches.

Some attempts below (posted in hope that someone can do a better job than this, which turns inconclusive):

'Ex-employee of the GRU told who Petrov and Boshirov really are'-MK, September 16, 2018 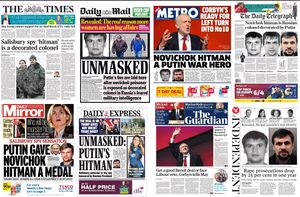 Those BS persons seem to overdo themselves here. Right on the back of Putin-May at G-20, we got:

There are huge and obvious problems with all that stuff.

(1) Even accepting every word they say, this does not establish anything, no link is established of this third "suspect" to Novichok, or Skripal, or the other two "suspects"
(2) Bellingcat obtained the telephone metadata records from a whistleblower working at a Russian mobile operator, who was convinced s/he was not breaching any data privacy laws due to the fact that the person to whom this phone number was registered (“Sergey Fedotov”) does not in fact exist. I can smell a rat here. Such a naive wetlips with Russian phone metadata they got. Due to their history of collaboration with cutthroat 'yellow' journos not exactly famous for reliability but regularly producing 'roasted' stories fitting preexisting agenda, like the 'Insider' et al, I have serious doubts that the data is not forged. Conviniently, now none of the data is presented, so we are supposed to believe --the Bellingcat??? With their past pseudo-evidence not exactly showing what they claimed it shows?
(3) Even less evidence that "Sergeev" is a general-major, or in active service. (They do not know which hotel at Paddngton, but know that he went every day to 3 GRU buildings? -etc; what this has to do with Skripal, etc. )
(4). There are tons of Amirs in Moscow, a private company , a thief-in-law from the Caucuses , etc. --Resup (talk) 23:07, 28 June 2019 (UTC) 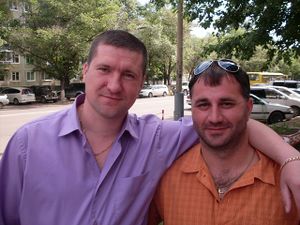 DVOKU class of 2001, 3d company, 2011 meeting. pictriev.com gives quite low similarity of the man to the right with a young man photo, claimed to be Chepiga, better similarity with same-aged passport photo claimed to be Boshirov. Clearly this man and 'Boshirov' are different.