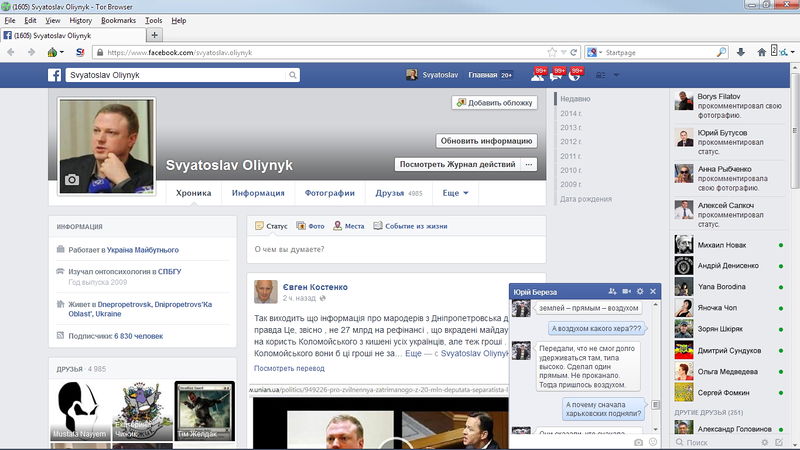 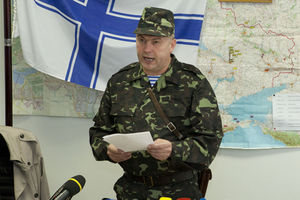 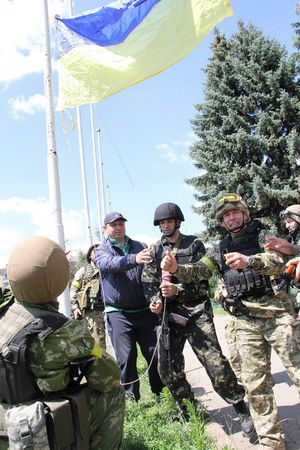 Yury Bereza, commander of the Dnipro Battalion and Valeriy Heletey, Minister of Defense of Ukraine in Slavyansk on July 6, 2014

I need you tonight! We should present the final version of the materials. Take the expert and come after 18:00.

What’s with the archive? The password isn't right. In brief - what’s there? What’s finally?

The password is normal! Check the layout and Caps.

Forget it. What’s there? And how?

What the fucking air???

They reported that he couldn't hold there for long, as if it was high. Made one direct. Failed. Had to make air.

Why have they risen Kharkiv ones first?

They said that the command came from Kiev firstly to the Kharkiv desk, and as it began to turn, then the others were connected.

clear, tell me later in detail. Are you without layover?

Yes, I’ll be soon at place. Just finished with journalists. 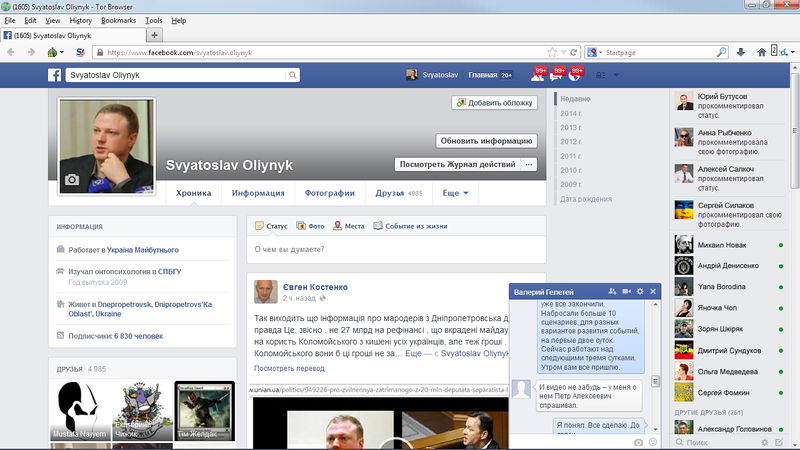 It’s my profile. Don’t ask per phone or Skype! And here - everything only in notional phrases. Got it?

OK. Although I don’t really share your troubles about phone. We’ve got everything arranged.

On traffic controllers it’s all decided with your boss. He said control is on you. I’ll send my person to you tomorrow and you’ll have to report me through him of the condition of all planned stages of preparation you are responsible for!

Valeriy Victorovich, what the person for? Or you have decided that I’ll flee and leave my family in God knows whose hands?

You have a short memory. Have you forgotten how you received instructions? The same person to guarantee security and confidentiality of your reports will come tomorrow.

Remind of your boss’s promise: I haven’t received the shooting scripts! Tomorrow morning, passing the report, send me the scripts and video you made.

Valery Victorovich, boss gave the task to the channel director a week ago! This jerk is past lost to shame - he held back on terms! Today though they finished all. Sketched more than 10 scripts, for different versions of course of events, for the first two days. Now they are working under the next three days. I’ll send you tomorrow.

And don’t forget video - Petr Alexeyevich asked me of it.

Understood. Everything will be done. TTUL.

The connection later only via our channel. The person will be with you until I need this. And ask your boss why I can’t reach him as usual, and then he calls me and begins to tell everything in plain language?

I’ll tell the boss, but his telephone has an encryptor, it can’t be monitored and decoded. He’ll call anyway!

Yes, but his phone has an encryptor, and mine (to which he is constantly calling) hasn’t. So remind him of my request about safe channel. At least till the end of operation. 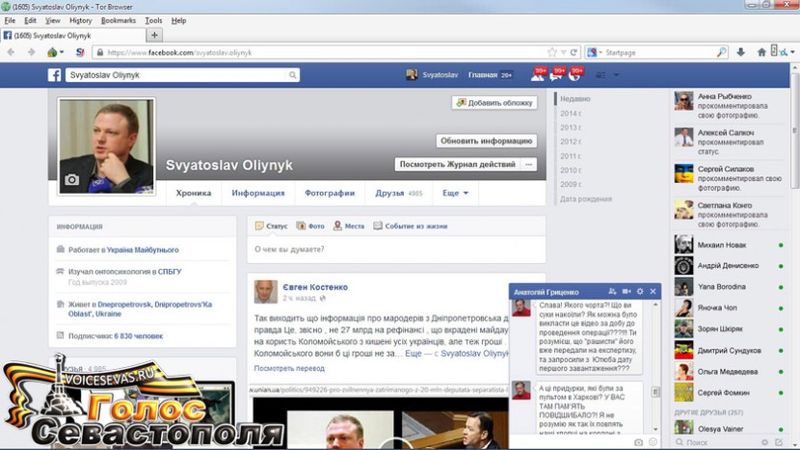 Slava! What the hell?! What have you bitches done? How could you upload that video the day before the operation???!!! Do you understand that the «Russists» have already given it for the expert review and requested Youtube for the date of its very first upload???

And those idiots who were at the desk in Kharkiv? HAVE YOUR MEMORY FAILED?! I don’t get how they are caught by our guys on the board with Crimea, while that were your people who had to detain them??? As I can see you and your boss are completely fucking brazen in your Dniprojewivsk!!! Pedro will tear you into pieces!!!! I WILL TEAR YOU BY MYSELF!!!
AND TAKE THE PHONE WHEN I CALL!!!

Anatoliy Stepanovich, I’ll redial you now! I went out and left the phone in the cabinet, on the internet from the tablet. I’ll call you immediately, one minute.

If the boss is now around - give him the phone! I know that you are having a meeting at the moment - so just hand the phone to him! QUICKLY! I’ll call you now.