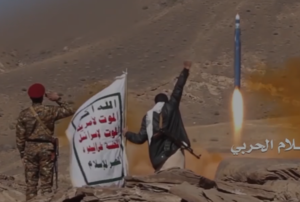 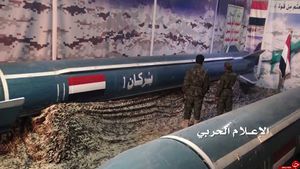 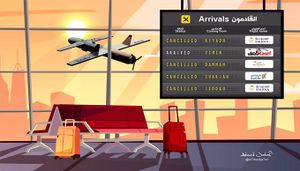 Saudi and US sources

The New York Times published an investigation of Saudi Patriots intercepting Yemeni missile, flying to the airport last month. Conclusion was... Patriots didn't intercept anything, at the very least not the warhead. 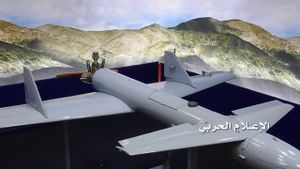 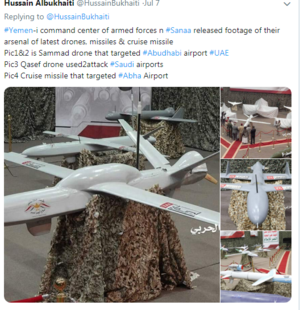 May 14, Drone strike on Aramco pipeline

Nasser Arrabyee The large scale operation on Saudi Arabia today Hit targets in the Saudi capital Riyadh,and south of Saudi Arabia:Najran and Jaizan. In Riyadh, the drones and ballistic and winged missiles hit the ministry of defense,the headquarters of intelligence,among other vital targets. 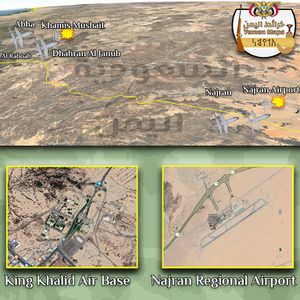 Attacks on King Khaled air base

U.N. investigators said the Houthis’ new UAV-X drone, found in recent months during the Saudi-led coalition’s war in Yemen, likely has a range of up to 1,500 kilometers (930 miles).

See also Category Yemen: Who are the houthis?: Allegations of Iranian backing

When I was Defense Attaché at the US embassy in Sanaa in the early 80s the YAR army was busy acquiring Soviet SCUDs and seeking to master the art of ballistic missile. They made steady progress while I watched. That progress has continued through the decades and the idea that the aerospace forces that the Houthis are allied with cannot use aerial weapons is simply racism.