Russian fleet in the Mediterranean

This article is about the high-noon stand-off between Russia and the U.S. in 2013. For the current situation, see Russian deployment in Syria#Naval deployment 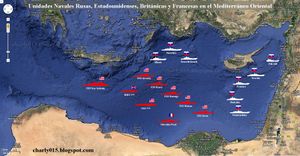 Russian, American, British and French naval units in the Eastern Mediterranean on August 31, 2013 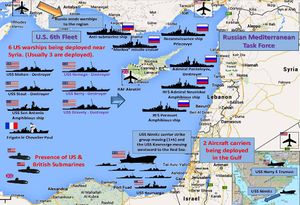 The flagship of Russia’s Pacific Fleet, Varyag, and the country’s most powerful nuclear-powered battleship, Pyotr Veliky, entered the Mediterranean Sea on Saturday.

The flagships of all of Russia's ocean fleets, the Northern, the Pacific and the Black Sea are now in the Mediterranean. -- Petri Krohn (talk) 09:01, 3 November 2013 (UTC)

Russia and China have agreed to conduct a joint naval drill in the Mediterranean Sea, a Russian media report cites the Defense Ministry. The countries’ fleets are currently involved in an intl operation to escort the Syrian chemical weapons stockpile.

What is the mission?

What are Putin's secret orders to the fleet?

“The task is crystal clear: to avoid a slightest threat to the security of the state. This is a general practice of all fleets around the world, to be there when a tension level increases. They are all going to act on operational command plan of the offshore maritime zone,” Chirkov told journalists on Friday. "Russia will be building up its Mediterranean fleet until it is deemed sufficient to perform the task set."

I think this is the clearest statement yet, that Russia is prepared to start a shooting war with US and sink any ship involved in illegal aggression. -- Petri Krohn (talk) 10:16, 13 September 2013 (UTC)

“Disparity in high-tech naval warfare capabilities between the U.S. and Russian fleets is no guarantee that an attack on Syria will not escalate into a wider war that includes Russia,” according to a report of the open source intelligence entity Langley Intelligence Group Network, or Lignet.

“Russian military doctrine has a solution for any technological advantages enjoyed by U.S. forces: striking first,” the Lignet report said. “Indeed, the Russian military doctrine of ‘de-escalation’ calls for prevailing in and terminating a regional conflict by the early use of nuclear weapons to defeat the adversary – usually the United States, in military writings – and to cow the enemy into submission by this Russian version of ‘shock and awe,’” the report said.

For example, the Moskva guided-missile cruiser heading to Syria carries 16 surface-to-surface N-12 cruise missiles, each of which carries a 350-kiloton warhead, sources say.

“A Russian navy armed with nuclear weapons is more than a match for a U.S. Navy with no nuclear weapons, especially if the United States is lulled into complacency by the false calculus that high technology equals invulnerability,” the report added.

I do not think Russia would need nuclear warheads to sink or destroy the US fleet. Sinking US aircraft carriers is what the Soviet Navy was designed to do. The tactical nukes are there not for offence, but for defense – in case the US Navy tries to counter attack. The presence of the nukes gives the Russia the backbone whereby they can launch offensive action against the US, even if the US fleet may seem bigger and more powerful.

The ex-CIA analyst, Ray McGovern, even said that such a staged attack on US destroyers at the coast of Syria could already happen in the upcoming days. This would underline the fears and predictions of other political analysts and experts in the events in the Middle East and developments of such planned wars.

On Aug. 31, French Rafale warplanes were hours away from taking off to launch cruise missiles against Syria when U.S. President Barack Obama called off the joint strike.

Who canceled the order?

The last NATO politician to foolishly talk about red lines was US President Barack Obama in Syria in 2013 and that nearly landed the US in a Middle East conflagration so dangerous that his own generals reportedly threatened to resign.

Putin gives new orders after the ISIS attack on Paris:

AN 124 landed in Syria-report, photos, video. The purpose is presented as humanitarian, bringing supplies to set up a refugee camp for up to 2000 people. (Separate reports confirmed military supplies, on a long-term, normal basis). The mission is presented as involving Iran ("Russian and Iranian military will jointly guard and protect refugee camp" -Rusvesna, and 'in the future, the operation may involve China', following a request made by Syrian government. --Resup (talk) 21:07, 12 September 2015 (UTC) 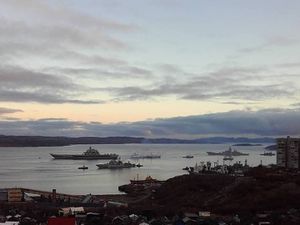 "Admiral Kuznetsov" and "Pyotr Velikii" in the roads in Severomorsk are preparing for departure to the Syrian coast, October 14, 2016. 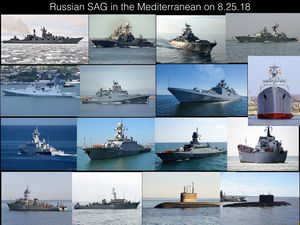 Russian ships in Mediterranean on August 25, 2018 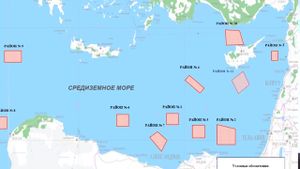 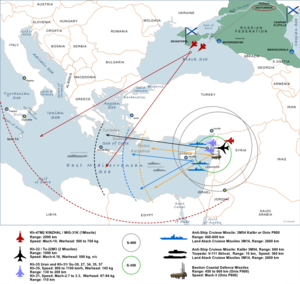 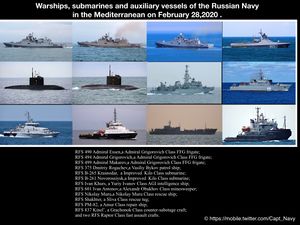 Russian ships in Mediterranean on February 28, 2020