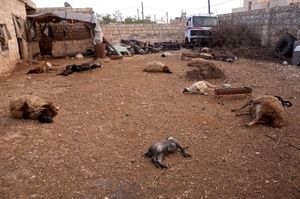 The success of “disinformation warfare” often stems from an initial, massively coordinated presentation to world media of a simple but false story, which no amount of scientific and rational argument can later dislodge. Such a story is framed to appeal to emotional triggers that enrage and incense people before they have the chance to see if the story is true…
— David MacIlwain, Wodonga, Australia.