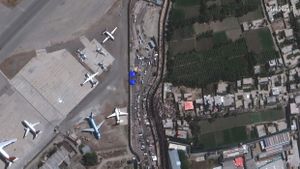 Abbey Gate of Kabul airport in the center. The fortified "Baron Hotel" compound in the lower right 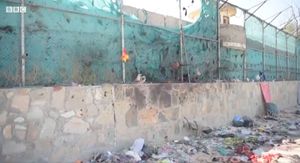 On August 26, 2021 at 5:48 p.m. an ISIS suicide bomber exploded his vest at the Abbey Gate of Kabul airport killing 13 American soldiers. US troops respond by opening fire and may have killed a large part of the 150 Afghan victims, including 30 Taliban fighters. 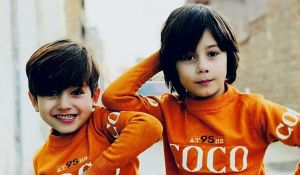 Two of the six children killed in the US missile attack in Kabul on August 29, 2021 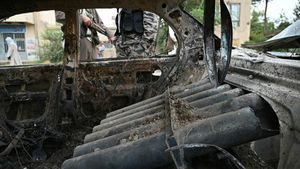 The multiple rocket launcher system built into a passenger car that was used by ISIS to target the Kabul airport on August 30, 2021