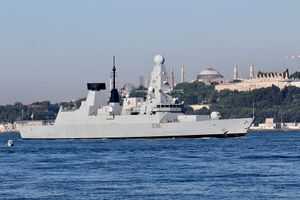 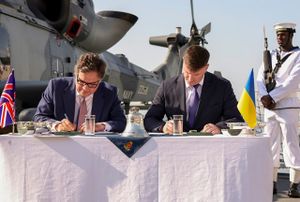 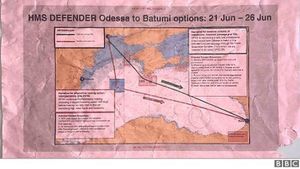 Russia fires warning shots and drops bombs next to British destroyer HMS Defender, after it enters Russian territorial waters off Crimea, after highly insensitive and provocative port call in Odessa. Jonathan Beale BBC reporter onboard described their transit as a 'deliberate move'. They knew they were leaving international waters. British side do not recognize Crimea as Russian territory, claiming they were transiting Ukrainian waters. MoD announced that no shots were directed at the ship, mentioning that Russian gunnery exercises were taking place nearby. A Daily Mail reporter also onboard reported crew were aware of cannon fire from the Russian Coast Guard ships. OSINT sources suggest a US intel aircraft in the area at the time. 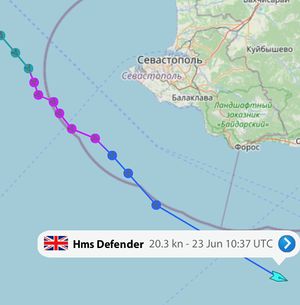 Route shown by MarineTraffic (compare with representation by BBC) 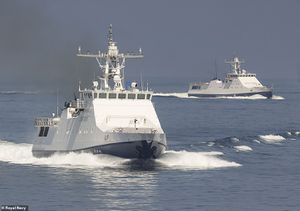 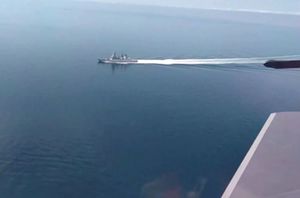 A Russian Su-30SM photographed from HMS Defender. Note the SAP-518 jamming pods at the wingtips. 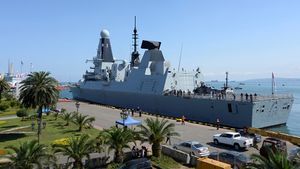 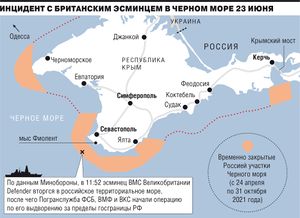 April 2021, a coastal warning No 152/21 was issued “on the temporary suspension of the right of innocent passage for foreign warships and state-owned vessels"