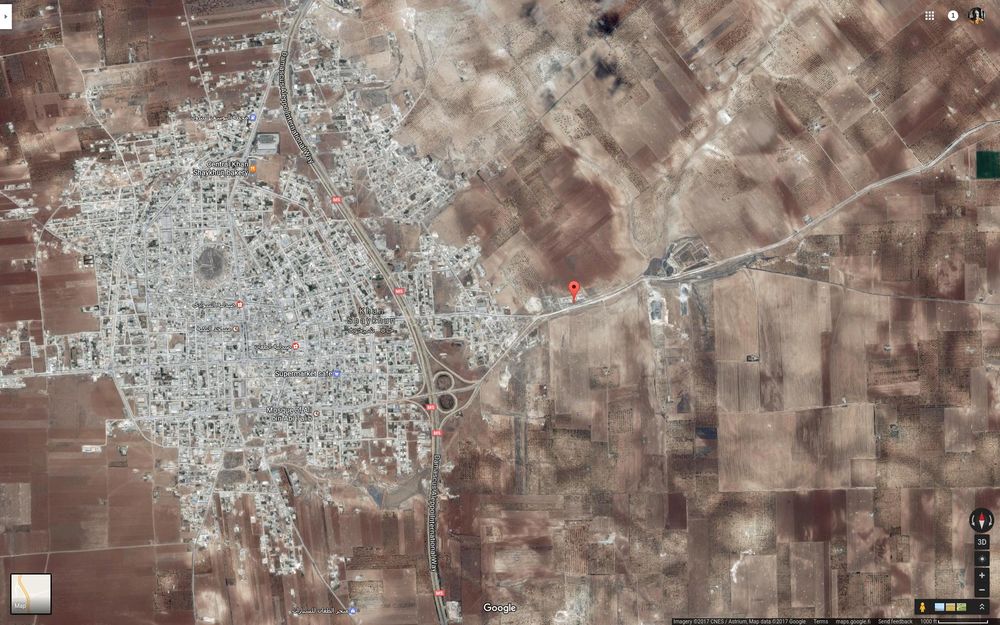 Recently built into limestone excavation, called Al-Rahma Hospital. Only the right image below is recent enough to show it built-up like we see on April 4. 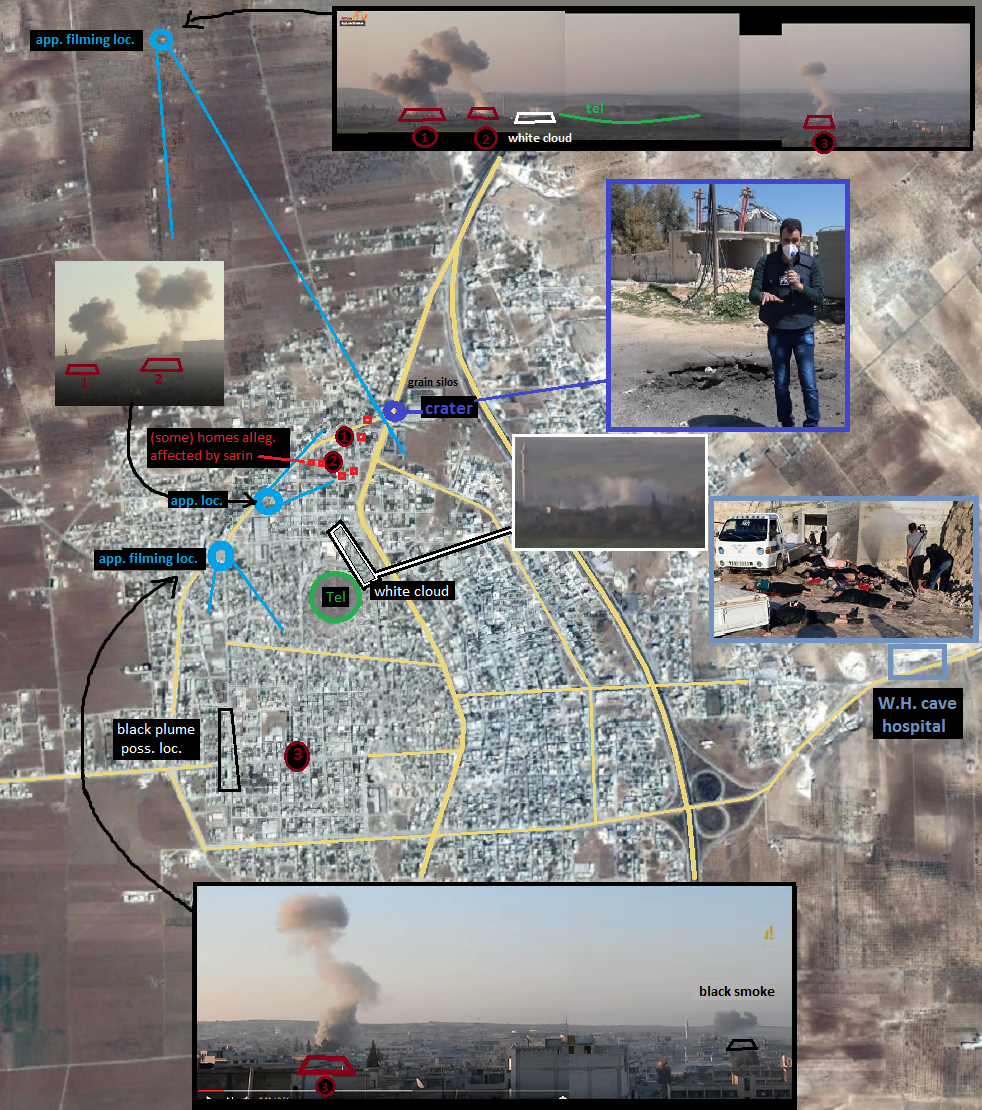 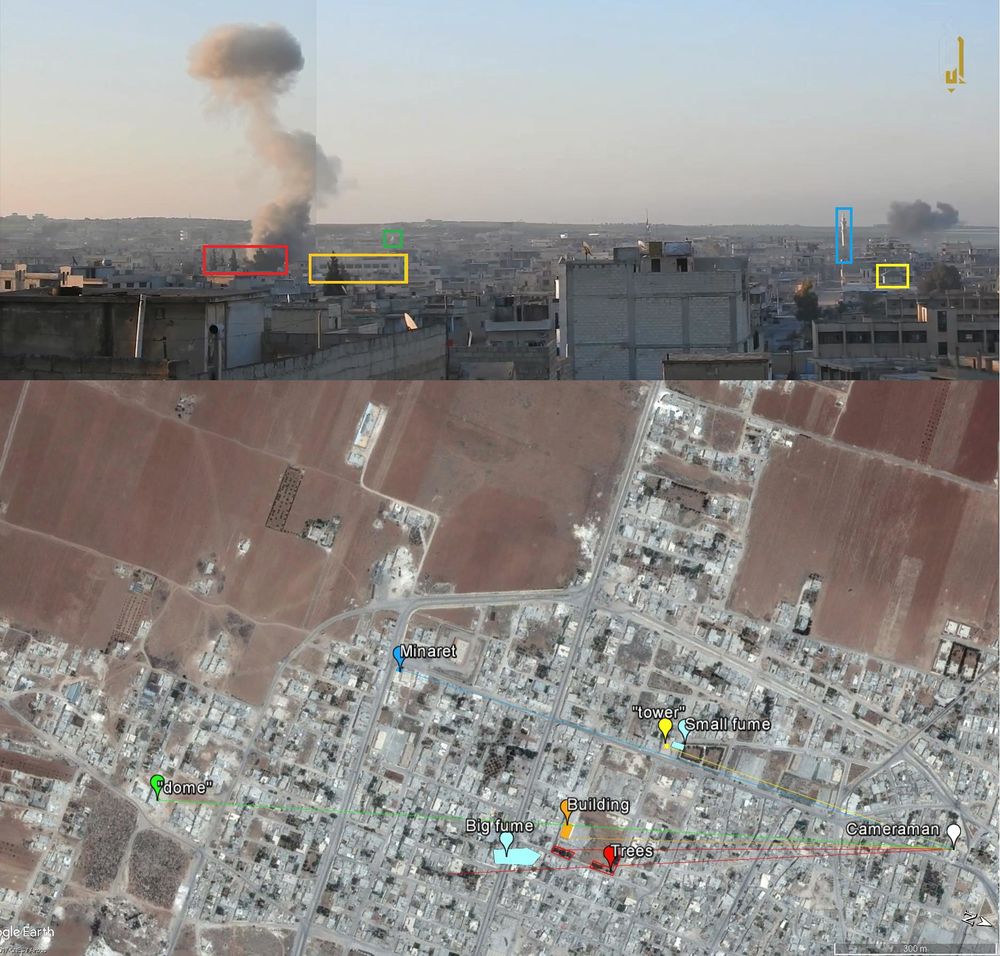 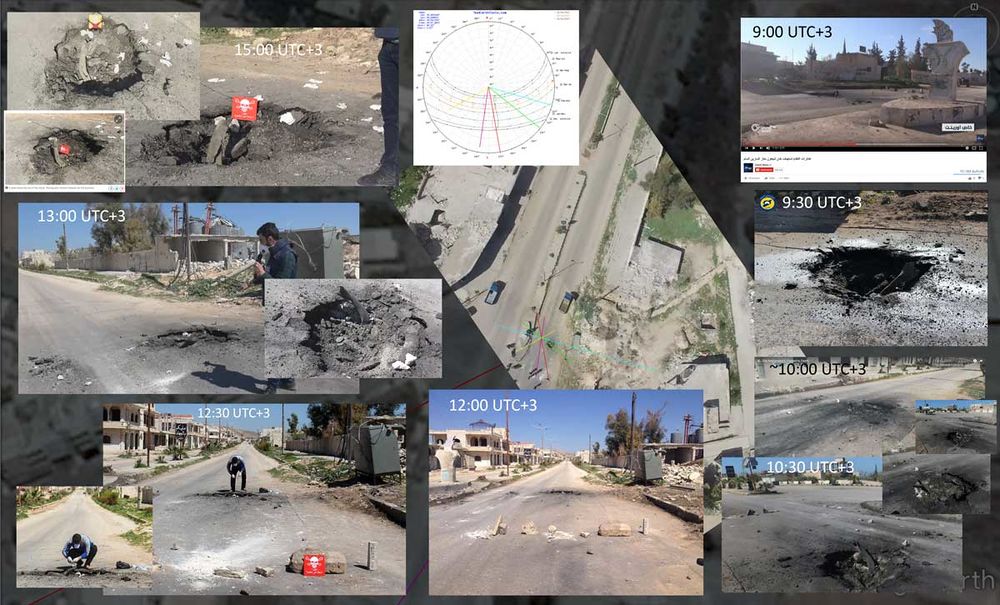 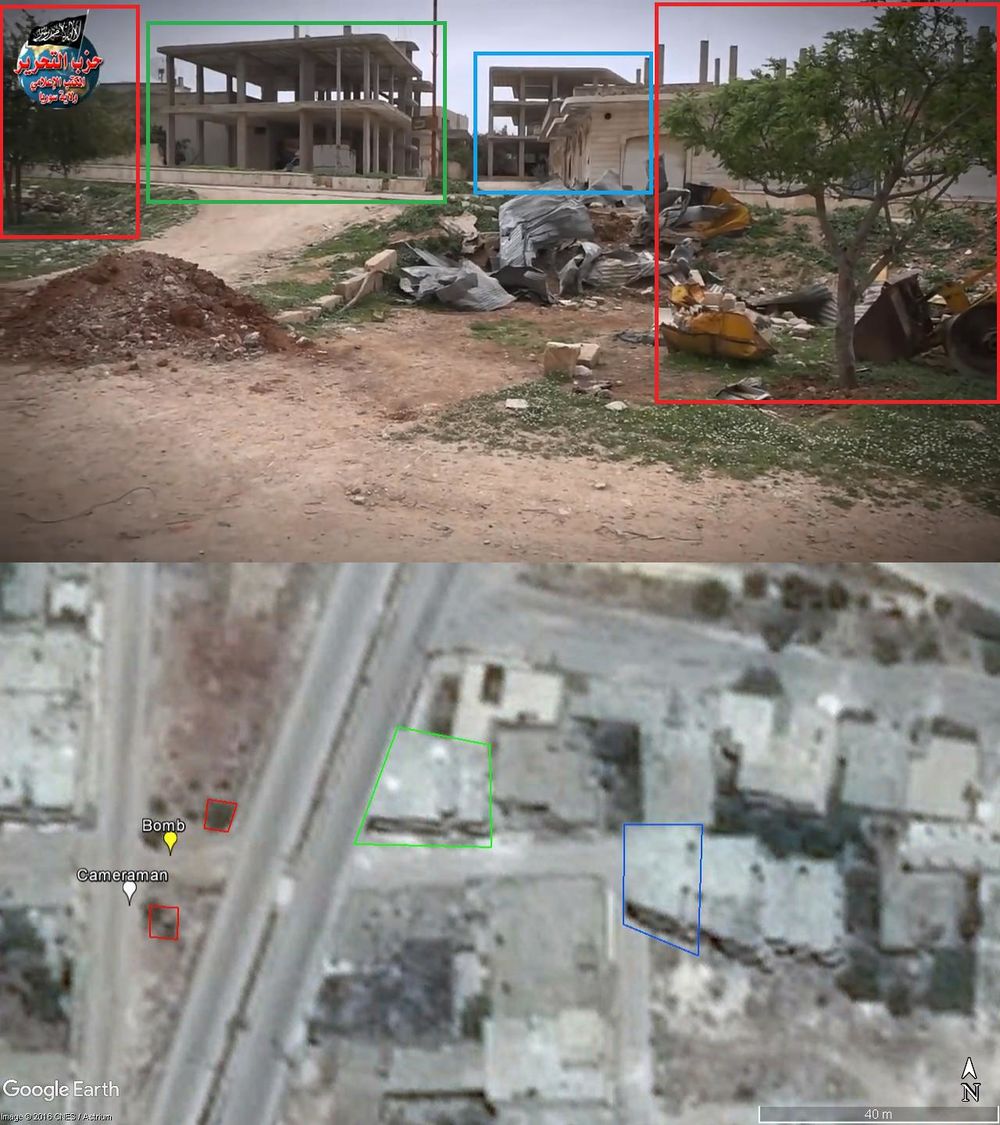 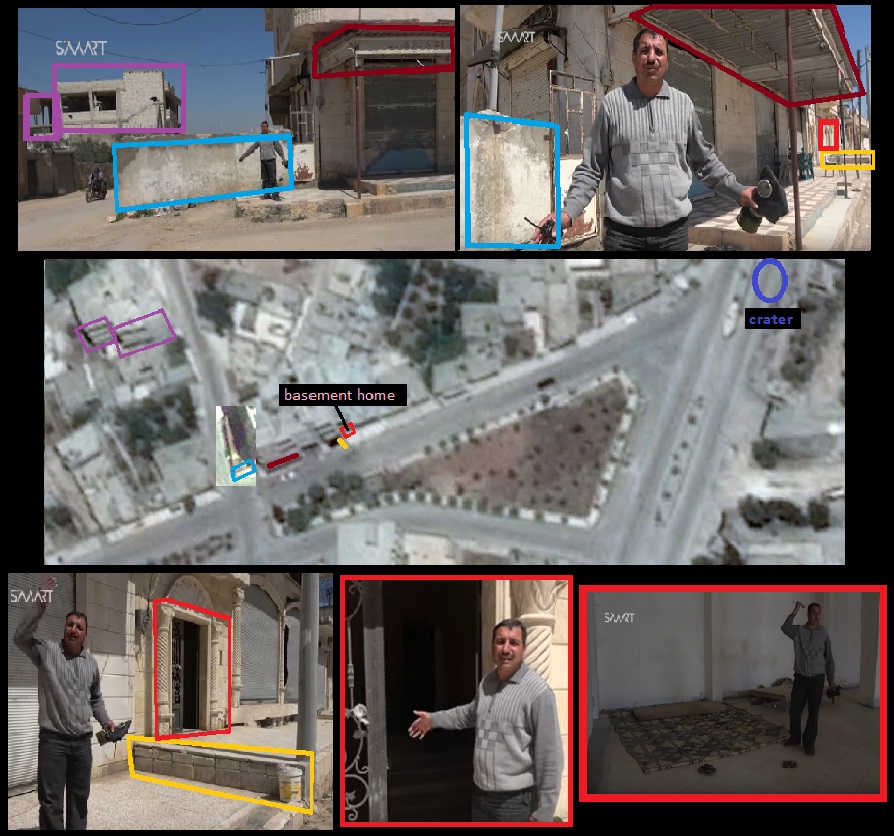 The palace behind the cameraman in the beginning of the video seems to be the house of the al-Youssef family.

Note: red and blue labels mixed up below. 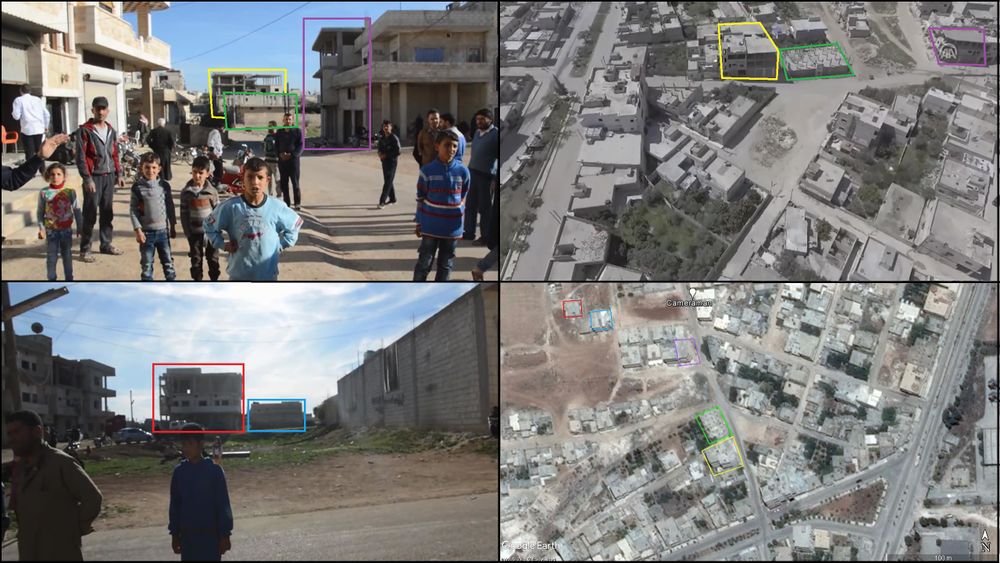 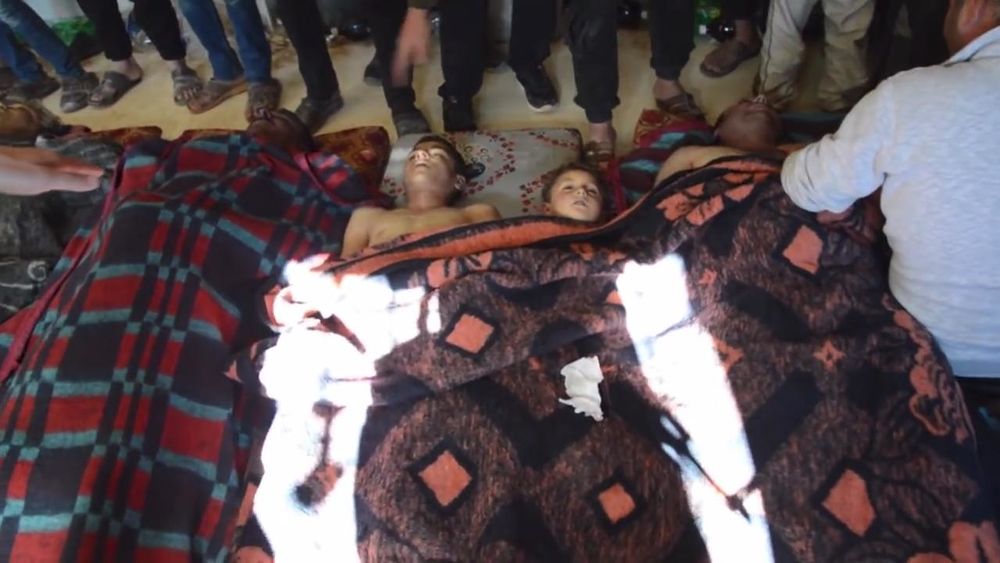 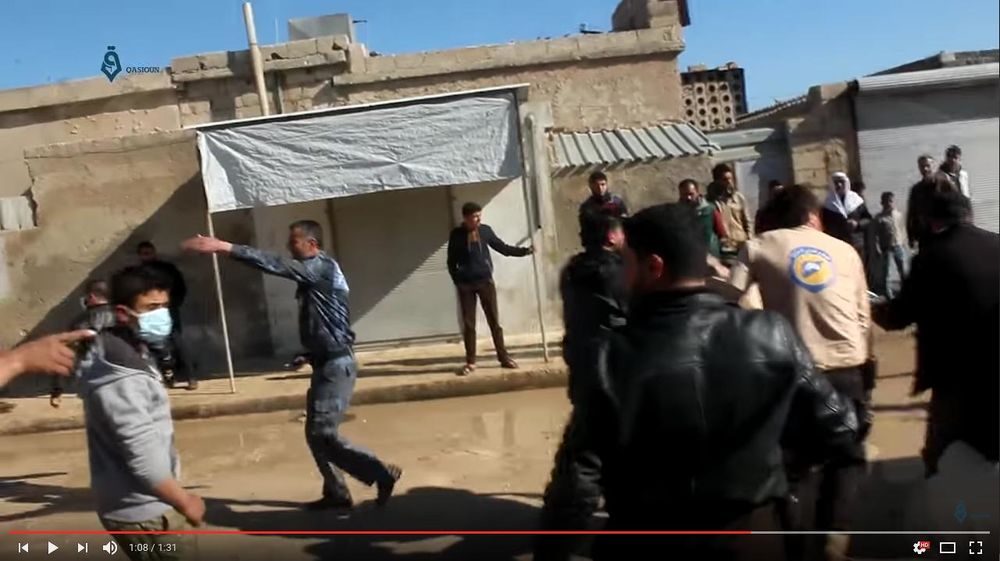 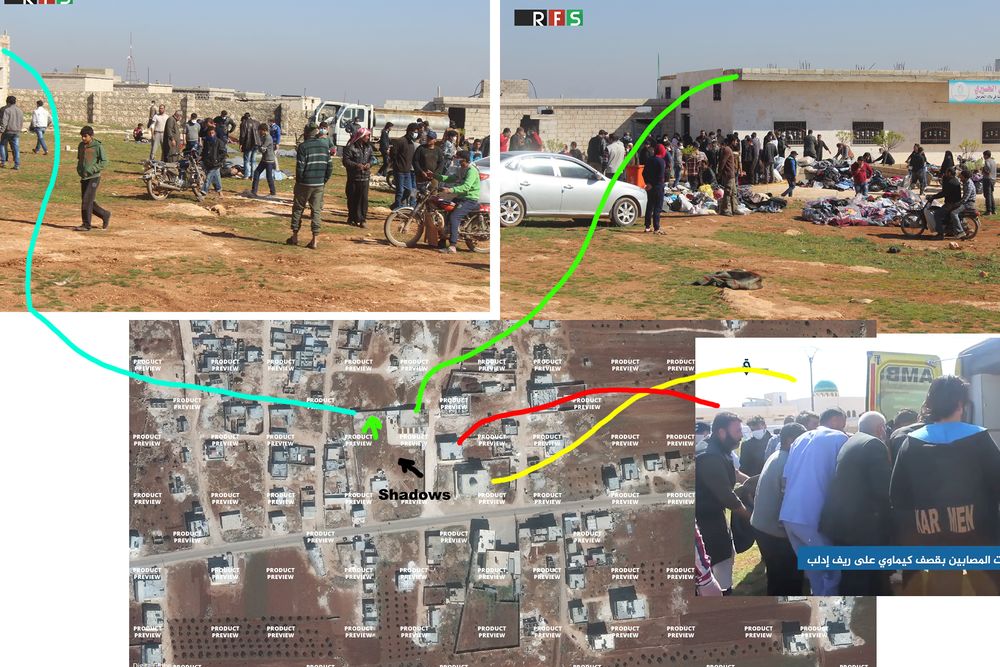 (located by Andrew - Monitor comment) A very likely match to an unplaced scene with people gathered in a large, walled, grassy lot at some possible community center near a mosque. video and photos of the scene. It looks like a place just west of Al Ghadfah, or east of Maarat Al-Numan (Google Maps). This seems to be on a hill, which matches the images - no distant roofs are visible, as this is the highest place around. Andrew says the photo EXIF data says April 3rd, bust most likely this is the 4th as published. By sun, the time is around 10 am. An effort to translate the banner letter-by-letter by a non-Arabic speaker was not fully successful:

Qoppa 999 noticed an odd tweet from Aleppo Media Center, April 4 claiming 20 civilians killed and over 100 suffocating from a sarin attack, in the well-known city of "Jesr Al-Shoghour in #Idlib." If such a deadly second attack happened there the same day as Khan Sheikhoun, we would have heard about it. Some confusion is likely, and the likely nature of that confusion is so: a less-known village just east of Khan Sheikhoun was mentioned - Jabal Al-Sigheer - and this was misread as Jisr Al-Shughour. Why this town was mentioned is unclear, but it's just up the road in the other direction from the White Helmets Cave hospital Al-Rahma. It's possible, for example, that many or all of the victims were held and gassed over there instead of in Khan Sheikhoun.